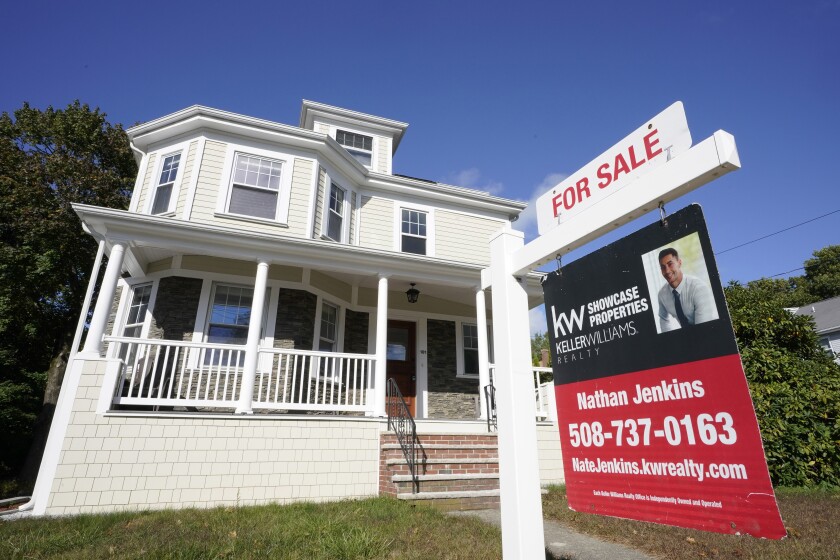 Welcome back to the Real Estate newsletter. A few newsletters ago, I posed an innocent question: Are home prices finally falling?

I wasn’t expecting an answer so soon, but thanks to a fresh batch of data, I can confirm that, yes, Southern California home prices are officially falling.

I’m no Sherlock Holmes, but this latest clue — paired with a slowdown in sales, an increase in inventory and a slew of price cuts — feels like enough to officially declare that the Southern California real estate market is cooling off.

But what does that mean for you? In light of the new data, we took a look at what buyers and sellers should expect from the market going forward.

Click here for the full rundown, but I’ll offer the basics if you’re feeling lazy. For buyers, the main pro is that you’ll have more options because properties are staying on the market longer. But it comes with a con: Mortgage rates are soaring, which means you might not be able to get approved for a loan today that you would’ve gotten even a few months ago.

For sellers, unloading your property might require a bit more effort. Don’t expect to sell your place for more than the asking price, and don’t expect buyers to waive contingencies (which essentially are the legitimate reasons you can back out of a deal). You should also consider getting a solid real estate agent — someone who actually knows how to market a home and can make it attractive even when there are other viable options for buyers.

On the luxury side, we noticed another unexpected trend this week: In a market famous for single-family housing, wealthy buyers are paying top dollar for condos.

Vertical living was a big no-no during the pandemic, but now luxury developments are luring buyers into the sky. The latest example closed in West Hollywood, where someone paid $21.5 million for a 6,301-square-foot penthouse — the fourth-priciest condo sale ever in L.A. County.

Married actors Sofia Vergara and Joe Manganiello are seeking similar success over in Beverly Hills, where they’re shopping around their Mediterranean-style mansion for $19.6 million. It’s an ambitious ask considering they paid just $10.6 million for the place in 2014.

We also found time to check in on the rental market and came away with some bad news. If you think rents are high now, they’re probably going to get even higher. Who should we thank? Inflation.

The Fed has been fighting inflation by raising interest rates, which means that buying a house becomes much less affordable, leading to more people entering the rental market. One study found that prospective renters were expecting to pay 9.3% more for an apartment in June compared with a year earlier. Call it either a lack of optimism or a sad acceptance of the reality of the rental market.

As always, while catching up on the latest, visit and like our Facebook page, where you can find real estate stories and updates throughout the week.

How far have prices fallen?

Southern California home prices and sales edged lower in June from the month before, adding to the pile of evidence that the housing slowdown is starting to pull home values lower.

The data, released Tuesday by DQNews, mark the first month since January that Southern California’s ultra-competitive housing market saw a decline in the median home price. The median is the price at which half the homes sold for more and half for less.

Still, the drop comes as a slight surprise. Although median prices tend to peak in the summer, the average increase from May to June was 1.78% over the last decade, DQNews data show.

What does it mean for buyers?

Let’s start with benefits of a cooling market for buyers, writes Andrew Khouri. With fewer people out home shopping, properties are staying on the market longer and giving the buyers who remain more options.

But the primary reason for the housing slowdown is that mortgage rates have soared this year, from the low 3% range to the mid-5% range where they are today. If you are a buyer, you likely won’t get approved for what you would have just a few months ago and may no longer be able to buy a home at all.

And sellers? Don’t expect your home to gather dozens of offers and sell for tens — even hundreds — of thousands dollars over asking. Your property may sit on the market for longer, especially if you price it too high.

While always important, you should be careful to pick a good real estate agent. When homes typically fly off the market in days, there’s less an agent has to do to get a home sold.

A good agent can help you sell in a slow market by suggesting a fair price for home, staging it with quality furniture or employing other techniques such as video tours or 3D walkthroughs.

Vertical living has never been high on the shopping list for Southern California’s wealthy set. But a new wave of luxury developments is drawing the rich out of single-family homes and into the sky.

The latest example just closed in West Hollywood, where a penthouse condo has traded hands for $21.5 million. That’s the priciest condo sale in L.A. County so far this year, and the fourth most expensive the county has ever seen.

It’s easy to see the appeal, even for staunch supporters of single-family living. The unit covers 6,301 square feet — bigger than the vast majority of stand-alone homes — and for outdoor space, there’s a 2,782-square-foot wraparound terrace overlooking L.A.

The penthouse spans the entire 10th floor of the Pendry Residences West Hollywood, a hotel-condo hybrid opened by Montage Hotels & Resorts. It was sold as a design-ready unit, meaning the buyer will be able to choose the layout and design.

Married actors Sofia Vergara and Joe Manganiello have hung a $19.6-million price tag on their stylish mansion in Beverly Hills — nearly double the $10.6 million they paid in 2014.

Records show Vergara, who became the highest-paid actress in Hollywood during her stretch on “Modern Family,” and Manganiello, who starred in “Magic Mike” and “True Blood,” bought a slightly bigger place in Beverly Park in 2020.

The one they’re selling spans more than 11,000 square feet with seven bedrooms, 11 bathrooms and plenty of space dedicated to amenities such as a gym, a movie theater, a wine cellar and a wet bar.

In areas such as gas prices and food costs, the Fed appears to be gaining ground in its war on inflation, according to preliminary indicators, writes Somesh Jha. But in wielding the only weapon at its disposal, it may be exacerbating inflation on a key line of many household budgets: rent.

Since March, the Fed has raised interest rates twice more — by half a percentage point in May and three-quarters of a point in June. The rate hikes have driven mortgage prices even higher, leading people to postpone buying homes and look for rentals instead. In Southern California, the number of homes sold in June was down 25% year over year, according to data from DQNews. With a shortage of housing supply, that means higher inflation in rents.

From here, economists say, it would take one of two things to tame rent inflation: the Fed raising rates even more to force a recession, or an increase in housing supply sufficient to match the rising demand.

With impossibly high housing prices and skyrocketing rents, many young people are returning to the tried-and-true method of affordable housing: living with your parents. The New York Times reports that a third of Americans between the ages of 18 and 25 — generally known as Gen Z — are living with parents or other relatives, but the big takeaway is that many consider it a long-term housing solution. No empty nesters are safe.

Meanwhile, buyers from China were named the most active foreign purchasers of U.S. real estate in the last year, collectively dropping $6.1 billion on American homes. That’s more than buyers from Canada ($5.5 billion), India ($3.6 billion) and Mexico ($2.9 billion). The study from the National Assn. of Realtors also found that Chinese buyers snapped up homes mainly in two states: Florida and California. New York Post has the story.

Real-Estate Agents Are Ripping Off Homebuyers

September 29, 2022
How Much Are Closing Fees? | Authentic Estate

How Much Are Closing Fees? | Authentic Estate