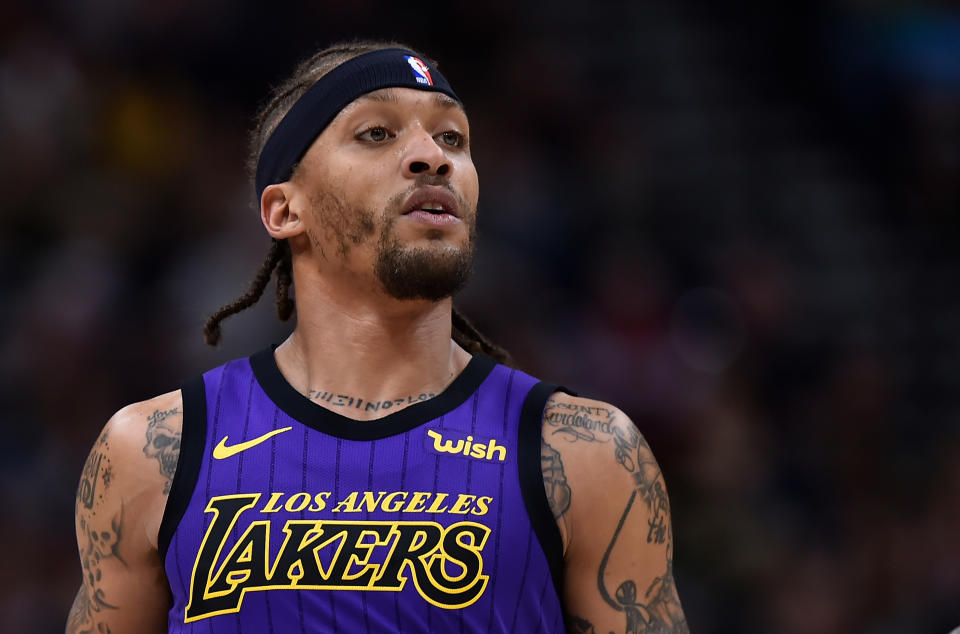 Former No. 2 overall pick Michael Beasley is still playing pro basketball, and he’s getting a a major contract in China to continue doing just that.

Shams Charania of The Athletic reported on Sunday that Beasley had signed a seven-figure deal with the Shanghai Sharks, a team in the Chinese Basketball Association.

Beasley, 33, hasn’t played in the NBA since the 2018-19 season, when he played 26 games for the Los Angeles Lakers. He’s played in the CBA in the recent past, but not for the Sharks.

In college, Beasley played one year at Kansas State before declaring for the NBA draft in 2008. He was picked No. 2 overall by the Miami Heat, but never managed to reach his potential. He had some good moments on the court, but was plagued by issues — issues he recently opened up about on “The Pivot” podcast.

Beasley dealt with drug problems throughout his career, but also struggled with mental health problems. Some of those are the result of treacherous relationships with his family, who Beasley said had stolen from him during his career. Since then, he’s struggled to surrounded himself with the right people, saying it’s “tiring” to continue to look for good people.

Due to those dysfunctional family relationships, he says he doesn’t trust people easily and remains very insular, often sitting at home alone, speaking only to his kids on the phone and only leaving the house to play basketball. He said that he’s tried reaching out to friends for help, but at this point doesn’t want to burden them with his problems.

Beasley also wondered how low an athlete has to be to get help from their community.

“Do I have to be in Delonte West’s shoes to get help?” said Beasley. “No disrespect to Delonte West or people in his position. But, what does it take to do the right thing? My whole life I asked for help. People called me crazy. […] I’ve reached out so much, so many times to different people and it’s just, I have to die with some kind of dignity.”

Beasley was clearly going through a tough time during that interview, breaking down in tears several times as he discussed his past. The hosts tried to encourage him, telling Beasley that people still love him and want to see him succeed.

The hosts were right. After Charania reported the news of Beasley’s new contract, many people replied with excitement, love, and support, saying they hope this new contract helps Beasley heal and get to a better place mentally.