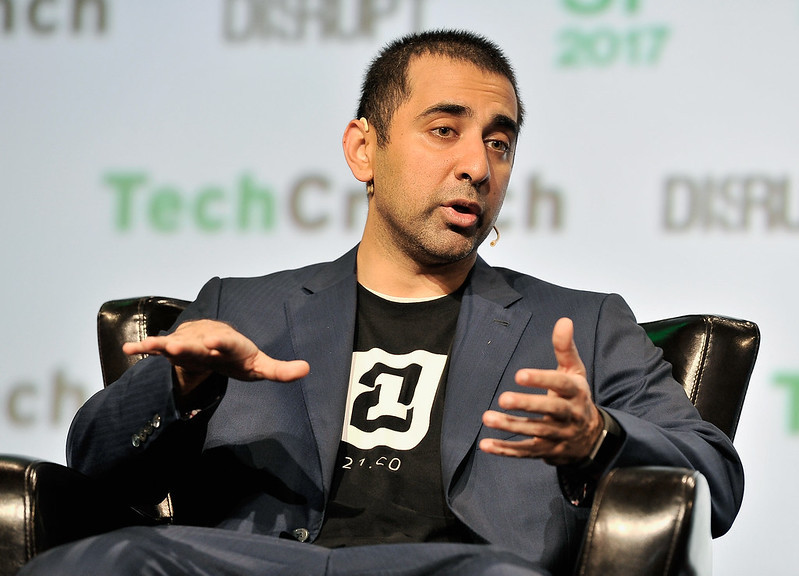 Balaji Srinivasan, the former Coinbase CTO and Andreesen Horowitz partner turned “post-economic” ideas entrepreneur, made a big splash earlier this year with his e-book “The Network State” — a revealing snapshot of the way influential Silicon Valley entrepreneurs conceive of politics.

Washington’s relationship with Silicon Valley is now a key feature of American political life, as we’ve come to face the long-term effects of social media, data collection, and “disruptive” technologies like smartphones or ride-sharing. Those entrepreneurs wield massive influence over everything from our personal finances to our romantic lives, making the way they think about the freedoms and obligations associated with American political life just as important.

Srinivasan’s views don’t represent all of Silicon Valley, but their purchase in political and intellectual circles — he is close friends with would-be Republican kingmaker Peter Thiel, who lobbied for Srinivasan to run the FDA in the early days of the Trump administration — earns them special attention. He argues in his book that online communities will supplant the nation-state, writing of his desire for “a bare plot of earth, a blank sheet of paper, an empty text buffer, a fresh startup, or a clean slate… to build something new without historical constraint.”

The book is fundamentally secessionist; although Srinivasan has disputed the label, “The Network State” is nothing if not a lengthy hypothetical on how the internet might enable users to leave their particular union. Still, there’s something quintessentially American about both the idea and his personal story: A child of immigrants goes west and makes a vast fortune, and then attempts to create an entirely new kind of entrepreneurial possibility. There’s also an undeniable ring of truth to the idea that online communities now largely meet many of the needs of the civic associations Alexis de Tocqueville famously described as at the center of American life.

But the idea of the “network state,” and its appeal in certain tech circles, is more revealing in its conflict with the principles of small-l liberalism on which American governance is still based.

Srinivasan, influenced by the ideas of the social scientist Albert Hirschman, posits that American life has become so stifling that the most viable solution is an “exit,” something he compares to internal emigration. He compares it to the wealth-generating and institution-shaping success of cryptocurrency, the success of which he writes “over the last decade shows us just how powerful such a shared LARP [“live-action role play”] can be.”

An “exit” from statehood, however, is more limited than mere wealth creation by an uncomfortable reality best stated by the decidedly hardcore statist Mao Zedong: “Political power grows out of the barrel of a gun.” The state that actually exists still has a monopoly on the use of force to enforce laws.

Many an Ayn Rand-like fantasy of retreat from American life has been dashed at the end of that barrel. To be clear, Srinivasan advocates against violence as a means of achieving the network state. But the book fails to adequately address this limitation of his argument, mostly assuming the state’s monopoly on force will simply vanish amid something like a civil war or loss of public legitimacy.

Until such a day comes, the decentralized communities envisioned by Srinivasan and those who share his desire still have to deal with the state. Still, as far-fetched as they might be, these are the operating principles that in many cases determine who gets money, what ideas are favored, and how our technologies work. That means they affect all of us, whether we ourselves “opt in” to the philosophy or not.

5G is fighting climate change. According to Accenture, 5G’s impact across just five industries will help the United States meet 20% of its climate change goals by 2025. That’s equivalent to taking nearly 72 million cars off the road. Learn more about how 5G is making this happen, and how wireless industry innovation and commitment is helping create a more sustainable future.

Members of the European Parliament met today to hammer out more details of the AI Act, forthcoming legislation from the EU that will put guardrails around the technology’s development and implementation.

POLITICO’s Gian Volpicelli had the details for Pro subscribers this morning, reporting that MEPs would hold a private meeting today regarding:

Gian also describes the political dynamics at play within the European Parliament as well, with center-right MPs willing to allow more leeway for developers and leftist members arguing for harder limits on the above issues.

Ethereum’s “merge,” or its switch to a more eco-friendly method of computation, is a win for both the environment and those in the crypto world seeking to shed the technology’s energy-thirsty reputation.

It’s a loss, however, for the investors who spent gobs of money in recent years on equipment to carry out the “proof-of-stake” mining the network is leaving behind. In today’s Morning Money newsletter, POLITICO’s Sam Sutton and Ben White reported on miners being effectively put out of business by the merge, in some cases just about a year after making big investments in mining Ethereum’s currency, ether.

“It’s basically the apocalypse,” BitPro CEO Mark D’Aria, whose Long Island firm specializes in reselling Ether miners’ used computer equipment, told Sam and Ben. “I don’t see how it cannot be bad based on where this is heading.”

One CEO of a mining company told Morning Money they were transferring their computers to a data center where they might be used to power AI, machine learning, or visual effects services. It’s not certain whether such operations will be able to survive, but the manner in which they’ve been forced to “pivot” is just the latest example of how real-world, non-digital concerns have come crashing in on what was once a largely insular community.

If you’ve had this newsletter forwarded to you, you can sign up and read our mission statement at the links provided.

5G is helping address the challenge of climate change. These networks are unleashing new use cases across industries that are increasing efficiency and lowering emissions. 5G innovation across transportation, manufacturing, energy, agriculture and everyday life will transform the way we live and work – and have an equally transformative effect on our ability to tackle this generational challenge. According to Accenture, next generation 5G networks will help America meet 20% of our emission reduction goals by 2025. That’s equivalent to taking nearly 72 million cars off the road. Learn more about how 5G is making this happen, and how wireless industry innovation and commitment is helping create a more sustainable future.